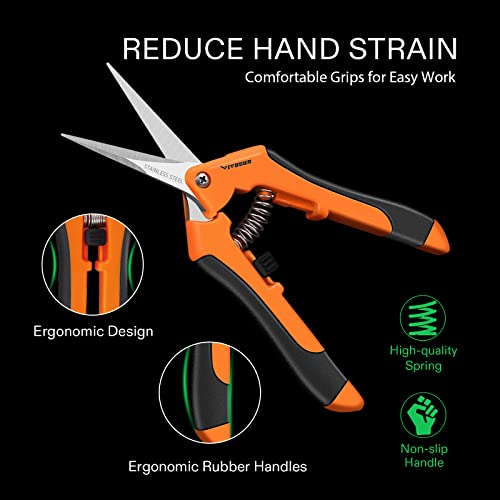 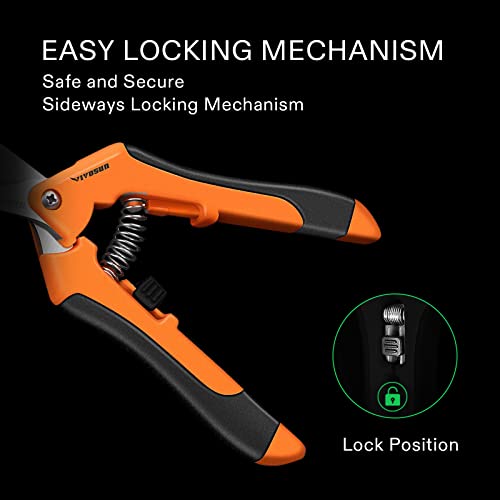 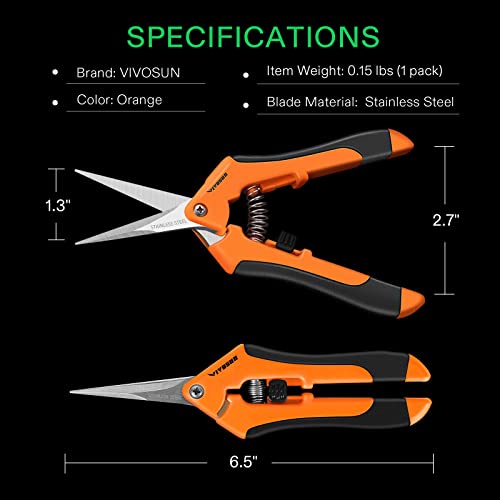 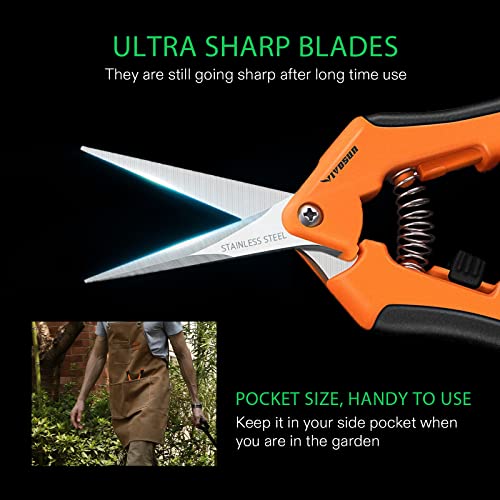 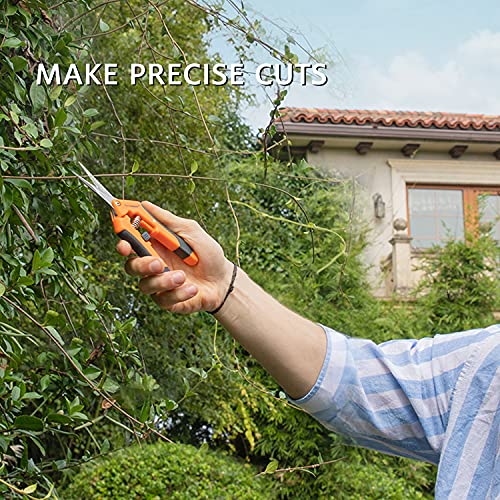 The Vivosun Pruning Shear are ideal for hard-to-reach areas and smaller buds. When you’re trimming connoisseur-grade flowers – these are the scissors you should look to grab.

The short blade and fine tip allow you to snip tiny secondary leaves within the bud structure. Nothing brings out the beauty of a cannabis flower than a tight trim job – which is why the Vivosun Pruning Shear are a top choice for that “finishing touch.”

Although Vivosun’s Pruning Shears are up to the task for finely manicuring your buds to perfection, they lack the ability to provide the initial shave due to their overly-pointed design.

When you’re looking at a mountain of cannabis buds to trim in the least time possible, then Vivosun’s Pruning Shears may lag behind the rest during the initial shave.

As a final-stage trimmer, the Vivosun Pruning Shears excel, but they fall flat during the bulk of the job.

Ultimately, Vivosun’s Pruning Shears are up to the task of providing one of the cleanest trim jobs around but don’t expect much else from these budget-minded bud trimming scissors.