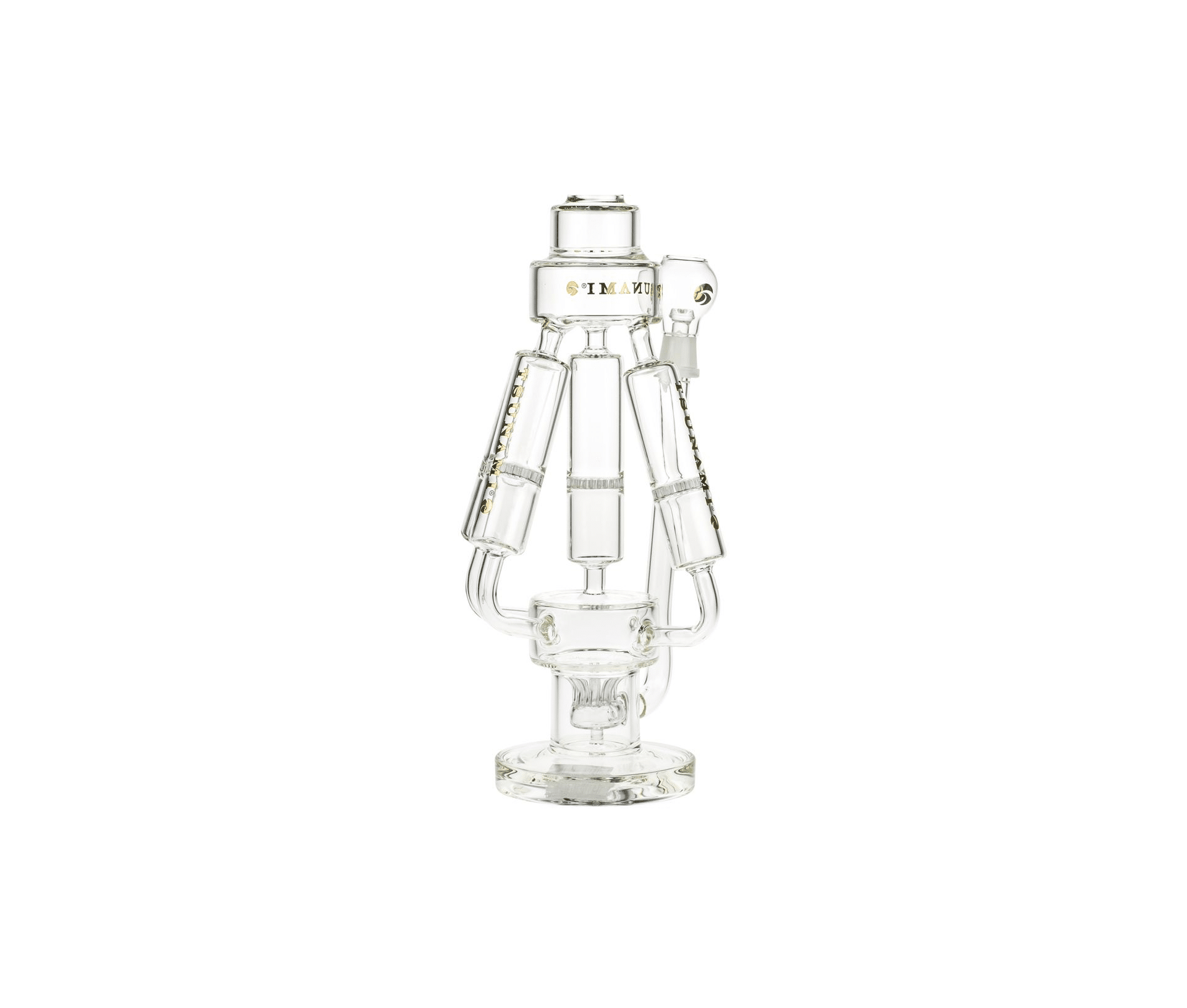 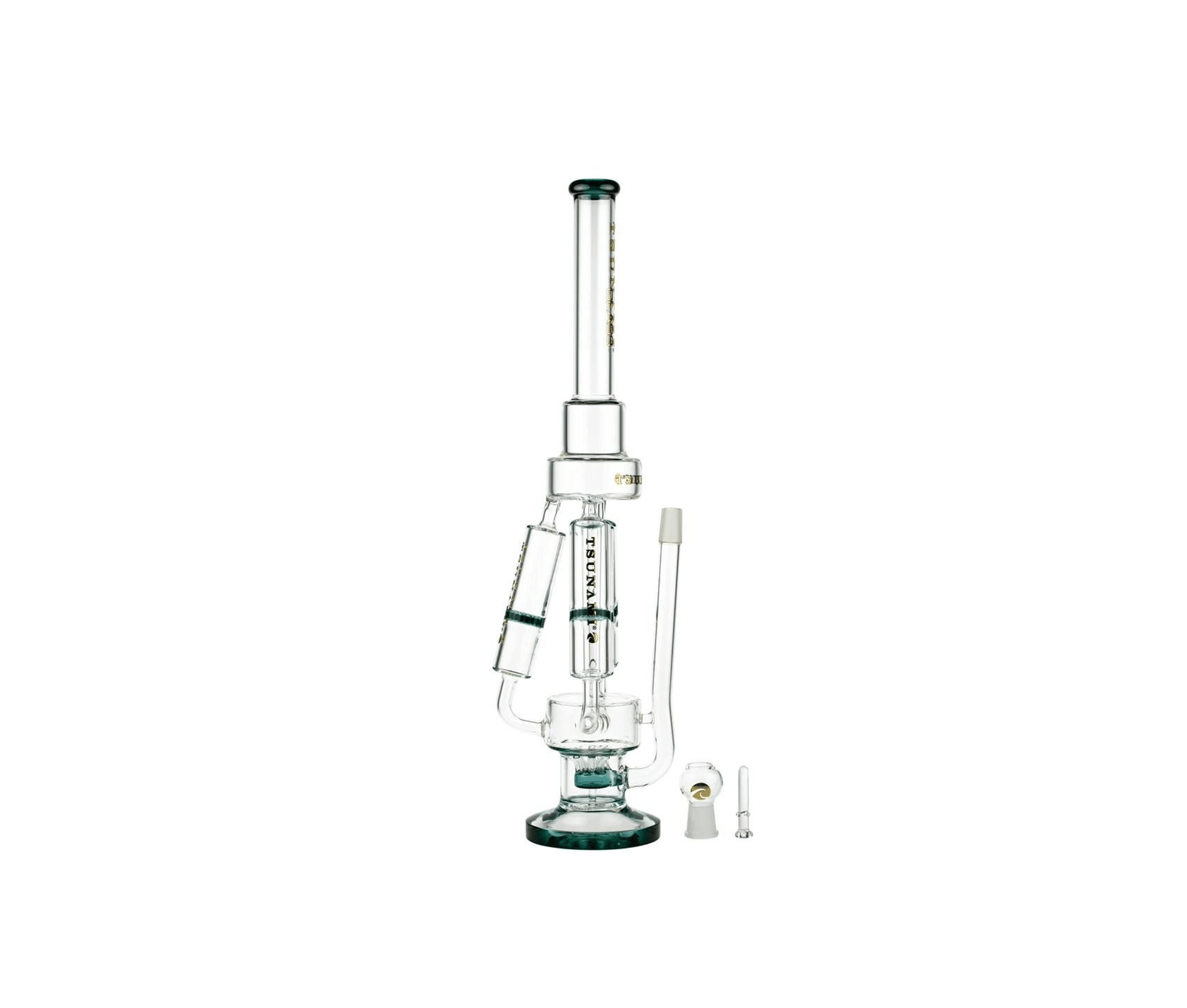 The Tsunami Glass Sprinkler Perc Quadruple HoneyComb Chamber Vapor Bong is made with excellent quality borosilicate glass and teamed with an array of percolators.

When you inhale, the smoke travels through the downstem and reaches the sprinkler percolator. This percolator’s bent tubes create an outward air stream that bounces the smoke and water against the body of the bong which allows the smoke to cool down.

Next, the smoke splits four ways as it moves up into the quadruple HoneyComb chamber. The chamber is comprised of four tubes with a HoneyComb disc which features holes that separate them smoke into smaller particles. This increases the surface area which allows the smoke to cool quicker.

This intricate process leaves you with a smooth hit that preserves the flavors that your bud has to offer while remaining gentle on the throat and lungs.

Colored accents are found on the sprinkle percolator, the HoneyComb Discs, the rim of the mouthpiece and the foot. This bong is available with blue, green and amber colored accents. Alternatively, there’s also an all-clear version.