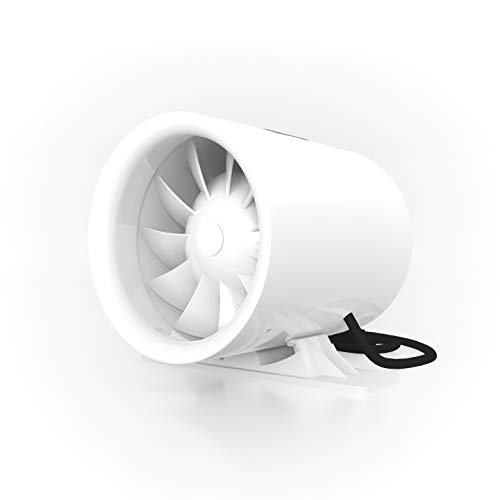 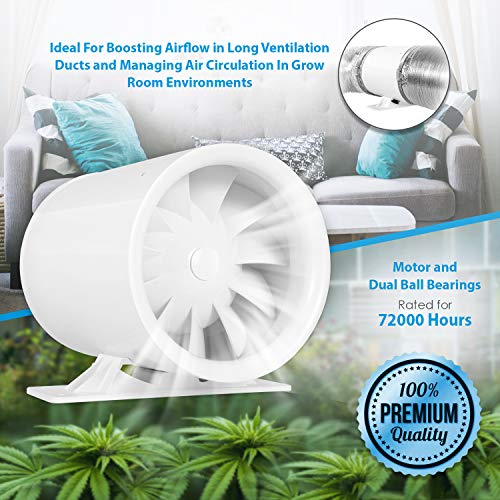 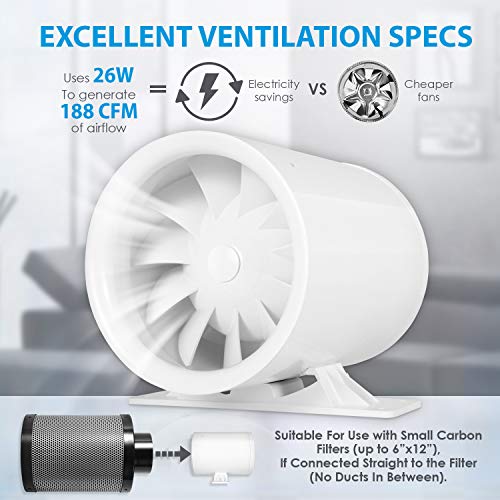 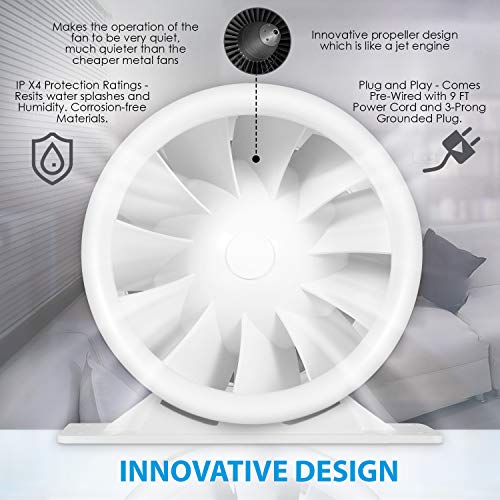 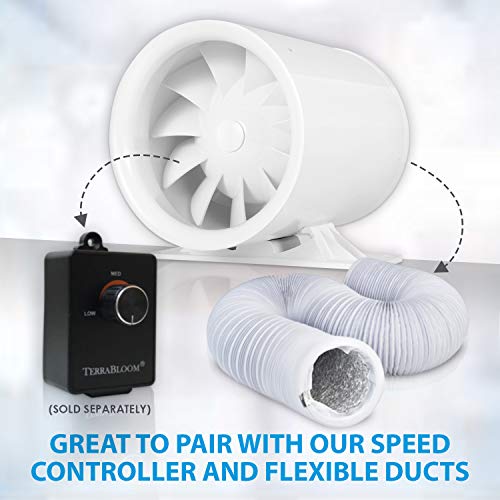 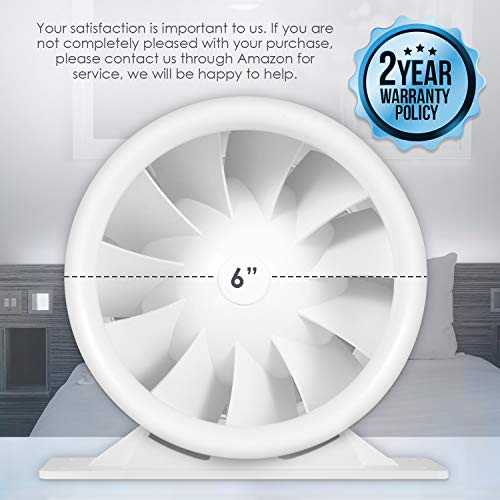 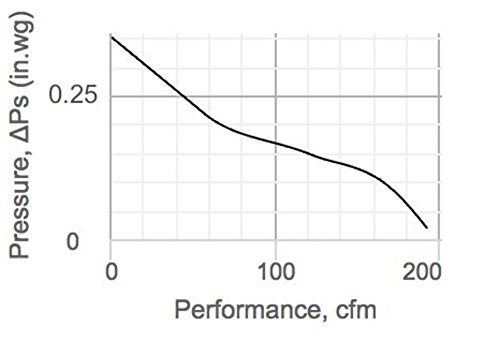 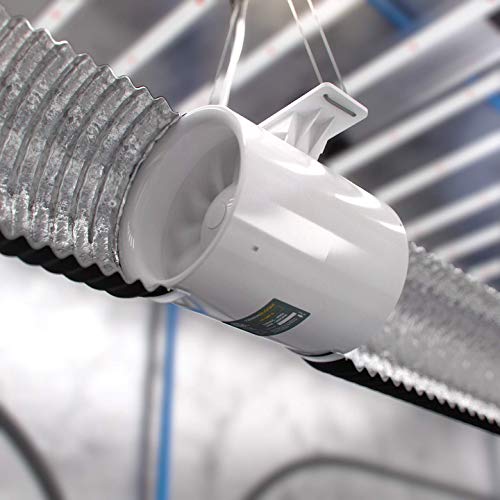 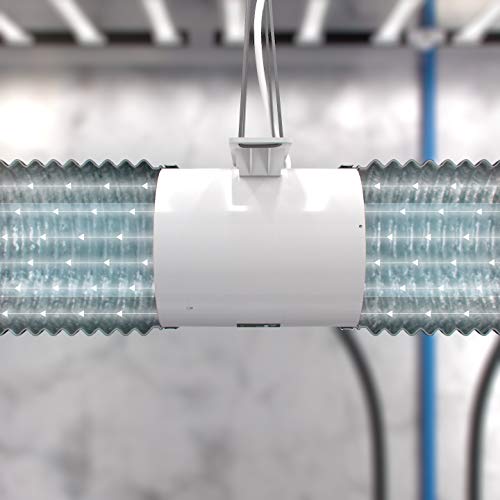 With a sleek and contemporary design, the Terrabloom Silent Inline Duct Fan is designed as both exhaust and as an intake air fan using 6” ducts, by making as little noise as possible.

At its highest speed, this fan has a sound pressure level of 39dBA, making it arguably one of the quieter options on our list.

It can be used as both an intake and exhaust fan, bringing both fresh air to large grow rooms, and exhausting air in smaller grow spaces that have LED lights. This means the airflow is efficient, powering at 188 CFM.

Despite claiming to only be as loud as a regular tone conversation, some customers have found that is louder than they expected.

This is perhaps subjective to you and your needs, but if you do find that it is louder than ideal for your situation, then this fan does come with a 2-year warranty.

That peace of mind is good to have when investing in an inline fan, although this choice is quite budget-friendly.