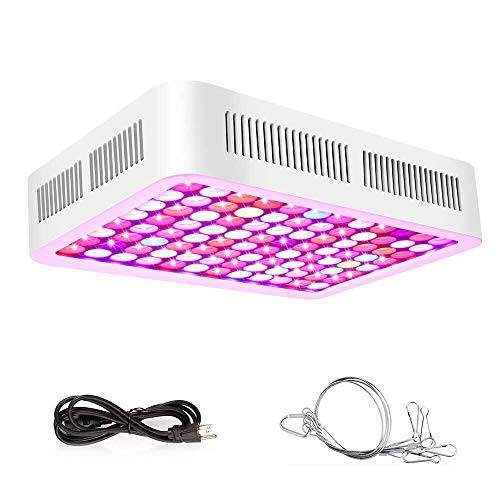 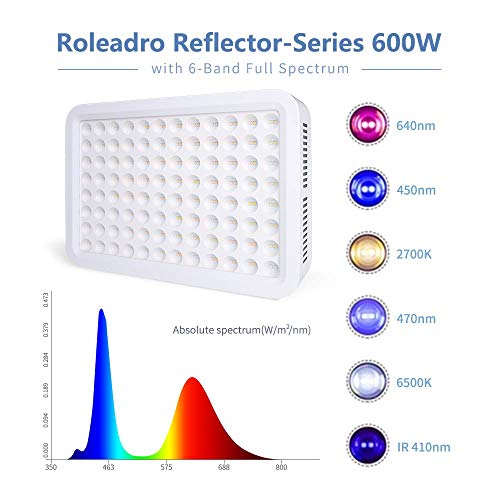 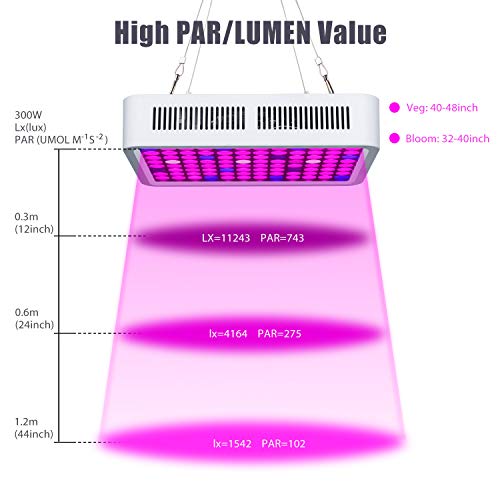 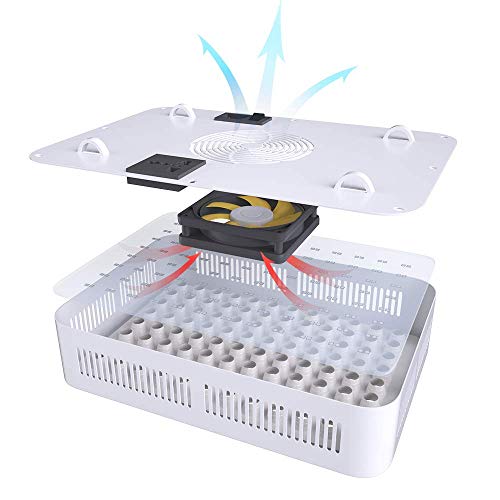 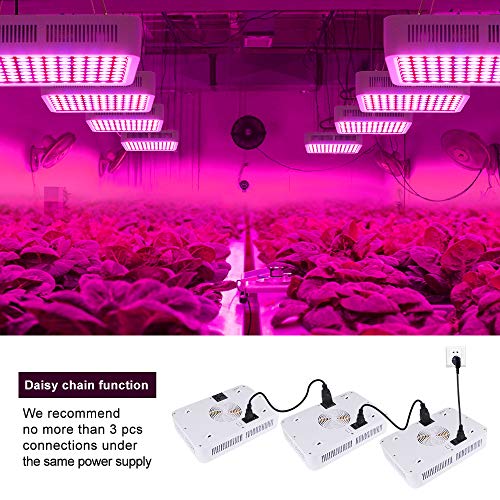 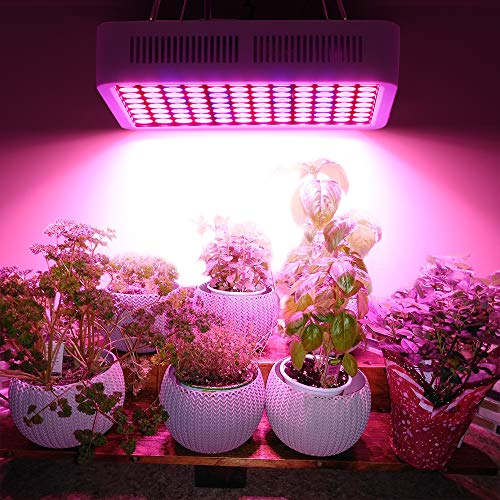 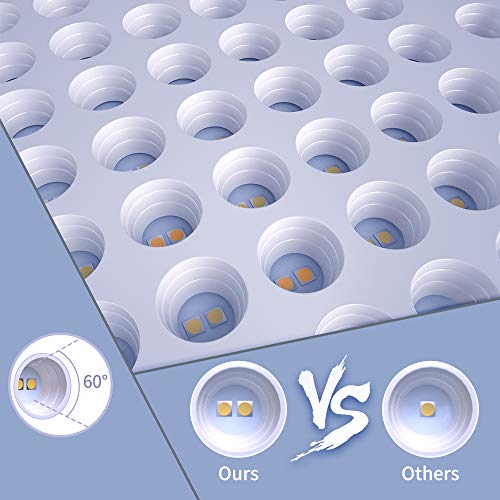 Galaxy Hydro used to be a ubiquitous lighting company for the hydroponic industry but has since been bought by Roleadro. To keep in line with consumer demand, this classic light remains available for a new generation of cannabis cultivators.

Join us now, as we provide an in-depth review of the Galaxyhydro 600 Watt LED grow light to help you decide if this product is the right grow light for you.

The Galaxyhydro has been around for years under the brand name Galaxy Hydro. This LED grow light has been a favorite amongst many LED enthusiasts but has since been bought out by a new company – Roleadro.

When you purchase the Galaxyhydro 600w LED grow light, you receive the LED system and its power cord. This light is fully functioning right out of the box, so you can plug-and-play immediately after receiving it.

Since this light doesn’t allow you to customize the color of the lighting, you may be frustrated during either the vegetative or flowering phase – especially if you want to hit your plants with only red or blue.

Alternatively, the UV and IR features are ideal for those that want their plants to have access to the most natural aspects that are found from the Sun.

Epiled chips are battle-tested LED lights. These aren’t an off-brand that’s used in budget material, but instead, high-value chips that are guaranteed to last many growing seasons.

These chips are rated to last between 30,000-50,000 hours. This comes out to nearly 6 years of constant use, which is incredible when you consider you’re supposed to switch your HID bulbs after every two grow cycles.

The engineers over at Roleadro decided to give their customers the benefit of daisy-chaining their products together to make a more efficient system. Through daisy-chaining, you can place upwards of 5 Galaxyhydro 600-watt systems on one circuit.

The Galaxyhydro 600-watt LED emits ultraviolet rays and infrared lighting, which are naturally produced from the Sun. Ultraviolet rays are known to inhibit the growth of bacteria and fungus, which are common problems when it comes to cannabis cultivation.

Infrared lighting has recently been studied to increase the vitality of plants, which also translates into larger yields and healthier crops.

It’s impressive to see such an extended warranty, especially when the company is in the cannabis industry. Many companies are only seeking to make a few dollars and move on, but Roleadro stands by their Galaxyhydro 600-watt LED product with a no-questions-asked 2-year warranty.

As with any product, there’s always competition. Here are a few competitors that we found that closely resemble the Galaxyhydro 600w LED.

Both of these products draw 260-watts from the wall. The warranty offered for the Vipaspectra is an eye-popping 3-years. This is an additional year compared to the Galaxyhydro.

This is a true competitor for the Galaxyhydro and is worth a look if you’re looking at purchasing the Galaxyhydro. This product is ideal for those who want an additional year on their warranty as an added buffer.

The Philzon 600-watt LED grow light comes equipped with a plethora of features that make the Galaxyhydro pale in comparison. It comes with a thermometer, humidity monitor, rope ratchet, a double-switch for plants in the vegetative phase or flowering stage.

The Bestva 600-watt LED grow light offers the advantage of a dual-chip design. Although it doesn’t offer as many advantages as the Philzon.

The Bestva is for those that want the absolute brightest light on the market, at half the cost of most competitors.

Is the Galaxyhydro 600 Watt LED grow light too Good to be True?

This must the be question that’s had you doubting the Galaxyhydro 600 Watt LED grow light from the get-go. Although LED technology has proven itself to the agricultural industry, the cannabis community remains skeptical.

A glaring reason why many in the cannabis industry refuse to use LEDs is because of the mindset: if it isn’t broken, don’t fix it. This philosophy has kept many talented growers away from this cutting-edge technology and stuck within the grips of power-hungry HID lighting.

Although it’s proven that LEDs reduce electricity bills significantly, many growers are willing to pay extra since High Times and other cannabis-centric lifestyle brands continue to show HIDs in the spotlight.

LEDs, just like HIDs, are lights that can be used to grow cannabis. The difference between the two is in the amount of light output, the heat generated, and the electricity consumed.

Novice growers that think they’ll produce a bumper crop harvest with a 1,000-watt HPS light may be
sorely disappointed when it comes to harvest time.

This is because the yield of a cannabis plant is based upon the skill of the grower, not the intensity of the light.
We know that lighting is necessary for a plant to grow, but there are 2 other significant factors that come into play when growing cannabis.

A professional grower will yield similar amounts, regardless if using HID or LED. When it comes to novice growers, LEDs actually make far more sense because they allow you to keep your environment under control.

LEDs produce less heat, which reduces the stress on your plants and will enable you to focus on the actual act of cultivation; rather than fumbling with cooling systems.

So, are LEDs too good to be true? Yes and no. As stated above, it’s up to the skill of each and every grower to produce a decent yield.

A beginner can have access to the best growing technology, yet ruin the harvest due to a lack of experience.

A professional can be left with minimal tools and inferior equipment, yet still, pull down a massive crop oozing with trichomes.

LEDs are a new and exciting method for growing cannabis, so it’s up to you to blaze the path and understand the various ways the LED systems can benefit you and your cannabis garden.

It’s for this reason that we’re providing an in-depth review of the Galaxyhydro 600w LED grow light – to put you in a position of understanding and confidence.

The Galaxyhydro 600 watt LED grow light has shown through countless years that it’s more than capable of decreasing your electricity use.

With so many advantages and features, we can only recommend that you give this blossoming technology a chance that it deserves.

Once you purchase the Galaxyhydro 600 watt LED grow light, it’ll surely be a part of your grow room through many years of harvests.