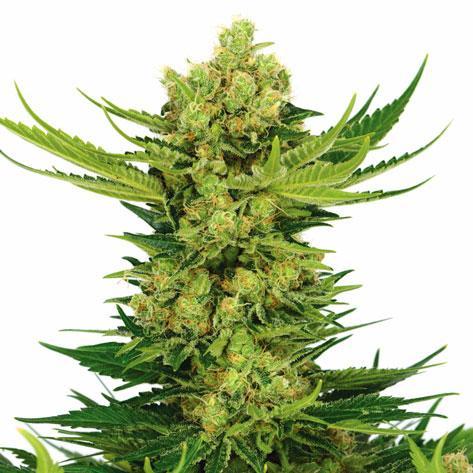 A very popular strain of cannabis, most marijuana smokers have at some point or another come across the Cheese strain. As its name might suggest, Cheese is a strain infamous for its pungent aroma which wafts around university campuses.

Cheese is an Indica-dominant strain which boasts a THC content of 14-20% and a CBD content of 1%. Its effects include relaxation, euphoria, and stress-relief. For these reasons, it is a strain that is thought of in high regard by medicinal and recreational users.

Growers of the Cheese strain delight in its easy-going nature and its ability to stand up to disease and other factors that can kill or damage plants, such as mold. It is said that even new growers can achieve high yields in favorable conditions. Generally, Cheese is best grown indoors, but it can be grown successfully in the outdoors provided the climate is somewhat Mediterranean.

Cheese, like many marijuana strains, possesses its own distinctive look. Its harvested buds usually boast a very bright green color of leaves adorned with orange pistils and sprinkled with fine crystals. Pot smokers can usually be seen using a grinder to make a joint with the Cheese strain, but it is also possible to pick at the buds when a grinder isn’t available.