Whether you’re done growing cannabis in soil, or you’re looking for a refreshing take on cannabis cultivation, there’s no other option quite like growing with hydroponics.

Hydroponic growing techniques offer beginners and professionals alike a sense of versatility that’s unparalleled to any other cultivation method.

Read along to learn how about the different styles of hydroponic growing and how you can use them to create a healthy and bountiful cannabis crop. 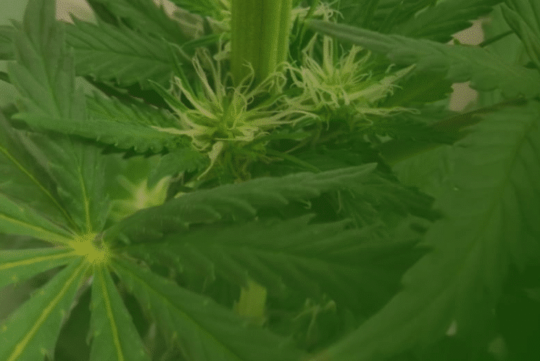 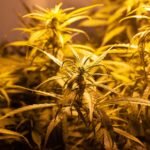 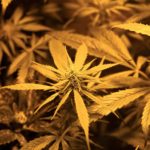 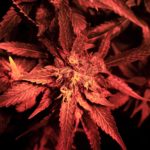 Types of Inert Mediums That You Can Use with Hydroponic Systems 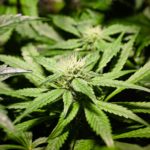 For those of you that would like to hear the case for hydroponic systems – read on.

In hydroponic systems, cannabis plants are anchored directly into water or into an inert medium.

When properly dialed in, hydroponic systems allow plants, such as cannabis, the ability to reach above and beyond their potential. 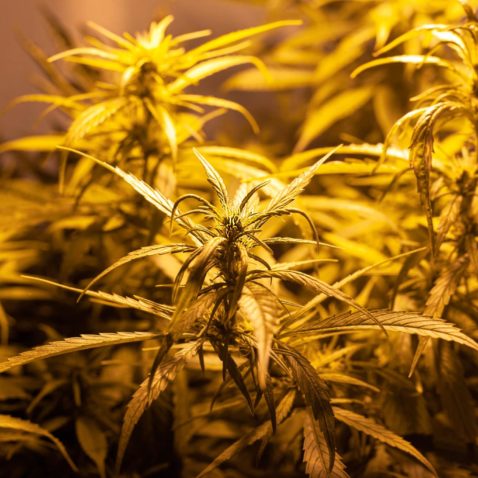 When we say above and beyond, we mean record-breaking harvests that will make you wonder why you waited so long to join the hydroponic revolution.

However, why do hydroponic systems empower our beloved cannabis crops to push beyond their limit? The answer lies in the ability of hydroponic units to give a continuous serving of nutrients that are immediately available.

Furthermore, hydroponic units pump oxygenated water continuously to the root system, which accomplishes two crucial aspects. The first is dissolved oxygen uptake, which allows the root system to more readily and actively uptake nutrient ions. The second factor that helps promote stellar growth is the fact that there is little to no salt buildup.

If you’re scratching your head when we mention “salt,” it’s because all inorganic hydroponic nutrients are salt-based.

Now, let’s take a look at the various hydroponic systems available and how you can harness their overall power to help your cannabis plants reach their potential.

Remember, there are hundreds of different types of hydroponic methods; however, these are some of the most popular and well-documented techniques. 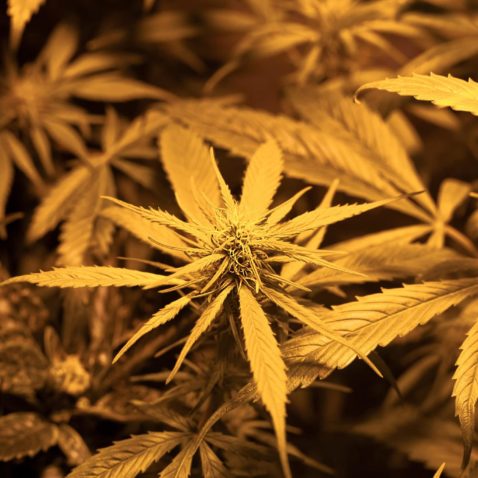 NFT, also known as the nutrient film technique, is a primary hydroponic system. NFT systems work by utilizing a continuous and recirculating flow of nutrient-rich solution directly over a plant’s root system.

NFT systems vary in size; however, they are typically long, slim, and fully enclosed. Pre-cut slots allow cultivators to place their cannabis plants into the “channel”.

NFT systems are attached to a nutrient reservoir, pump, and a pressure regulating mechanism. NFT systems do not fully submerge roots, but allow a thin layer to pass through them so the roots can also intake oxygen.

By doing so, cannabis roots are fed continuously, free from salt buildup, and fully oxygenated.

Although there are many forms of aeroponics, the general idea is to use low amounts of water that are filled with dissolved oxygen.

However, it utilizes far less water compared to traditional hydroponic methods; therefore, it reduces the overall water bill and is much more sustainable in the long-term.

Aeroponic systems rely on pumps that are submerged underwater within a reservoir. The nutrient solution is agitated and mixed with high-levels of dissolved oxygen.

As this solution is sprayed onto the root system, cannabis plants grow rapidly.

Wick systems, also known as passive irrigation, are the most basic form of hydroponics.

Wick systems don’t rely on pumps or any other pressure-regulating mechanisms. Instead, they rely on the help of capillary action.

Pots are filled with highly porous mediums, such as perlite, coco coir, or expanded clay. The pots are then placed on top of a tray that’s filled with a thin layer of nutrient solution.

If the medium isn’t saturated, the solution immediately flows into the narrow spaces within the medium.

Although it appears to defy gravity, wicking systems allow cannabis growers to irrigate many pots in a short amount of time easily.

Drain-to-waste is a method that relies on growing mediums, such as expanded clay, coco coir, rockwool, or vermiculite and perlite.

The basic foundation is to hand water or utilize the help of drip irrigation to feed the plant without recovering the nutrient solution.

This means that drain-to-waste systems are not recirculating and require a large amount of water over time. However, due to the frequency of waterings, ebb and flow systems do not fall prey to salt buildup.

As a word of caution, be responsible as to where you deposit the nutrient solution. Do not drain nutrient-rich water into a drainage pipe, as this will eventually flow into the ocean, a lake, or an aquifer. It’s always better to recycle the spent nutrient onto an outdoor plant.

Deep water culture is an ingenious hydroponic method. This is a very popular system for cannabis growers because DWC units are made from materials found in local hardware stores easily.

Typically, 5-gallon buckets are used as a reservoir with an attached pump. The lid is cut, and the plant is placed into a mesh pot.

This method requires cultivators to remain vigilant regarding pH and EC levels. However, when done correctly, DWC systems are heavy bud producers.

Types of Inert Mediums That You Can Use with Hydroponic Systems

Here’s a brief overview of common mediums that you can utilize for a wide variety of hydroponic systems. 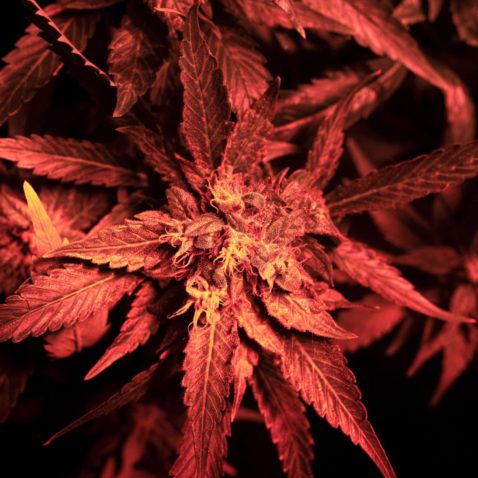 Coco coir is made from raw coconut fiber. It retains water incredibly well and can be reused multiple times before it begins to degrade.

Pumice is a volcanic rock that contains large amounts of air bubbles which makes it ideal for plants that require excellent drainage and all-round better air circulation.

Additionally, pumice is also pH neutral, reusable, and overall better for the environment and your cannabis plants’ health than the often used Perlite.

Perlite is a natural volcanic glass that’s typically used to generate a high level of porosity. It does not retain water well and is notable for its ability to drain quickly.

It’s usually mixed with vermiculite or coco coir to maintain an optimal balance of drainage and retention.

Vermiculite is another beneficial medium often used in cannabis growing and as an alternative to the more commonly used Perlite. Vermiculite is a naturally occurring mineral that is exceptional at attracting various beneficial nutrients and excellent at absorbing water.

Made from heated clay, expanded clay comes in the form of small balls. The inside is reminiscent of a honeycomb structure, which is why it’s naturally porous.

However, it adequately retains moisture while providing optimal space for oxygenation to occur.

Rockwool is a fibrous material that’s made from heated rock. It contains water-retaining properties that are renowned throughout the world of hydroponics.

Before you take a spin in any of these hydroponic systems, it’s essential that you purchase these two items. 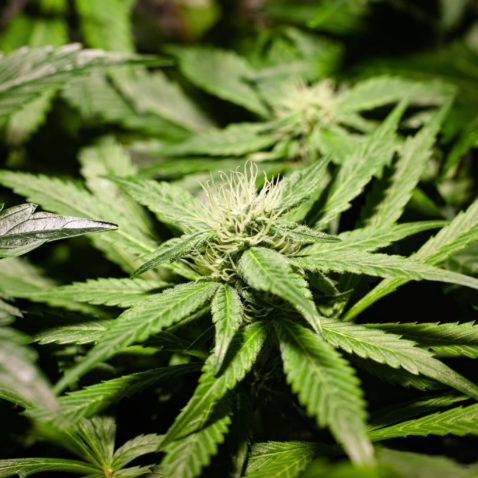 If you’re growing cannabis in hydroponics, there’s no way around owning a trusty pH meter. Aside from water, oxygen, and nutrients, cannabis plants rely on a specific pH range to grow correctly.

When it comes to measuring the strength of your nutrient solution, you’ll absolutely need the help of an EC or PPM meter.

Parts-per-million meters measure the overall concentration of your nutrient solution. You’ll come to find out that too much or too little of the nutrient solution can be incredibly detrimental for your cannabis plants.

This is why owning a PPM meter increases your chances of success drastically. EC meters measure the electrical conductivity of a nutrient solution. In other words, it measures the level of dissolved salts in a given solution.

It goes without saying that an EC or PPM meter is a must-have for your future hydroponic endeavors.

There are countless methods that are perfect for beginners and professionals alike to begin growing cannabis in hydroponics.

There’s no better time than now, especially since hydroponics is a much more sustainable and eco-friendly method compared to growing cannabis in soil.

Join us at The Highest Crop and get in on the discussion about your favorite hydroponic systems and what methods work best for you.

Share your tips and tricks to help the cannabis community grow – together.